FREEDOM OF SPEECH. Help us prevent the ban. Sign our petition and more. 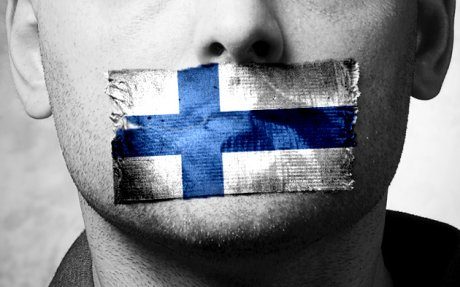 The Finnish Police Board has entered a lawsuit too the district court in Pirkanmaa/Birkaland where they urge the court to ban the Nordic Resistance Movement. The Police Board do not wish to criminalize this political organization on grounds of some criminal activities it’s members have perpetrated, but solely because of the fact that the Nordic Resistance Movement’s political viewpoints is considered to not be in accord with ”good custom”, which is specified to mean that the organization is in conflict with ”the views of the current time on morality and justice.”

Whom or who decides what today is considered moral and just? According to the lawsuit it is proposed that it is against ”good custom” to have the political goal to leave the European Union, to want to return immigrants to their country of origin and to propose a ban for the media that are hostile to the Nordic people.

Even those who do not sympathize with the Nordic Resistance Movement’s opinions ought to be worried over the actions of the police here. If the politicized Finnish Police Board gets their will through, then they will be able to ban all political opposition on the same phony grounds of being ”against good custom”, even if the court would not deem them criminal in any other way. If the ban is passed in Finland there is also the risk that we will see similar abuse on freedom of speech in other Nordic countries.

A campaign has been started in Finland, Norway and Sweden to educate the public about how how the false democracy wants to eliminate freedom of speech. If the freedom of speech is removed, what other means is then left for the opposition?

*Sign our petition to not ban the organization.
*Share this article to as many people as possible
*Support the organization by donations, which can be used for legal aid in case it is necessary