The techno-industrial system is exceptionally tough due to its so-called ”democratic” structure and its resulting flexibility. Because dictatorial systems tend to be rigid, social tensions and resistance can be built up in them to the point where they damage and weaken the system and may lead to revolution. But in a ”democratic” system, when social tension and resistance build up dangerously the system backs off enough, it compromises enough, to bring the tensions down to a safe level.

SWEDEN. While the investigations surrounding welfare scams, national registration scamming and crimes against humanity directed against Iraq’s former minister of defense Najah al-Shammari have been dismissed, his highly criminal son was sentenced last summer for visiting Karolinska sjukhuset armed with a knife. 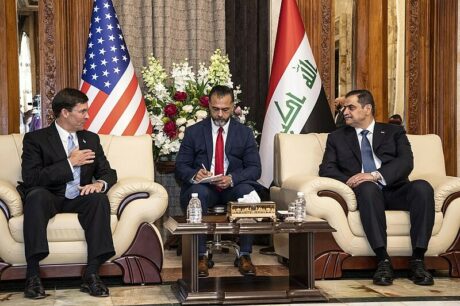 Read the article in Swedish HERE.

Nyheter Idag were the first to reveal that Swedish citizen Najah Hasan Ali al-Adeli, who was on sick leave, in reality was Iraq’s defense minister Najah al-Shammari. A former officer of Saddam Hussein’s army.

The story unfolded even more later on, with revelations that the Iraqi defense minister had been cruising for sexual encounters with men in Sweden. Including by sharing pictures of his penis on the gay dating app “Grindr”.

Al-Shammari fled to Iraq when the preliminary investigations surrounding his welfare scams and national registration scamming were initiated. But after all these scandals he soon resigned as defense minister along with the entire Iraqi government. The latest information concerning the al-Shammari case is that he has moved back to Sweden and that all investigations surrounding his criminal activites have been dismissed.

Nordfront is now able to reveal that his son, Ali Najah Hasan al-Adeli, is also a highly criminal young man living in the immigrant-heavy suburb of Vårby in Stockholm. If his father had not been successful in scamming his way into receiving a residential permit or if he had been denied a Swedish citizenship in accordance with Swedish law, his criminal son would most likely have been living in Baghdad instead. 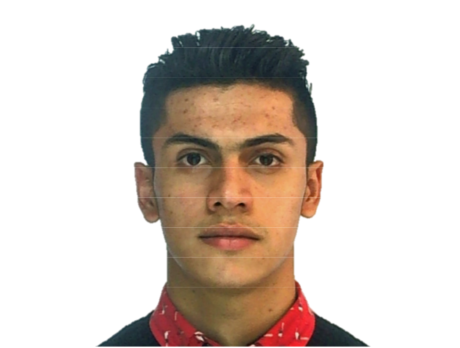 Humiliation robbery directed against a Swede
In 2018, Ali al-Adeli was sentenced to two months in prison for robbery and assault in legal proceedings after having obtained a jacket, a mobile phone, a necklace, cash, a headphone adapter and a bank card by force from a Swedish boy and by threatening him with a knife. He later used this bank card to withdraw 900 Swedish kronor in cash. He also took the opportunity to threaten his victim into not reporting this robbery. When it comes down to it, the robbery is described in the verdict as a classic so-called humiliation robbery, a type of anti-Swedish immigrant criminal activity that has become ever more frequent recently.

Ali (to the left) got caught on a surveillance camera at the subway station in Liljeholm in conjunction with the robbery. Photography: The police.

At about the same time, a Swedish girl who had recently ended a relationship with Ali al-Adeli applied for a restraining order against him. Her request was denied on the basis that he had not been convicted of a crime against acquaintances.

The Iraqi driver’s license that Ali unsuccessfully tried to use on several occasions in Sweden. Photography: The police.

Battered, threatened and humiliated a Swedish ex-girlfriend
But in March of 2019, al-Adeli was sentenced to three months in prison for several crimes directed against the very same Swedish girl who at the time was between the age of 15 and 17. Among other things, he was said to have spat at this Swedish girl, battered her, called her a whore and other abusive words as well as threatening her.

In a large number of SMS messages he also made the Swedish girl fear for her own life as well as the lives of her family members. The messages contained stuff like thus: ”I will fucking smash you to pieces, you fucking bitch. Just wait, I’m coming over now”, ”Ah, it feels good throwing a Molotov cocktail with gasoline into your fucking apartment, straight through the balcony. Just you wait. You wanna play, huh? I don’t give a shit if I get locked up, but you will sleep like a rat in the streets”, ”I’m gonna barbecue your entire family” and ”If I don’t catch you, I’ll catch your family and make your heart burn”. 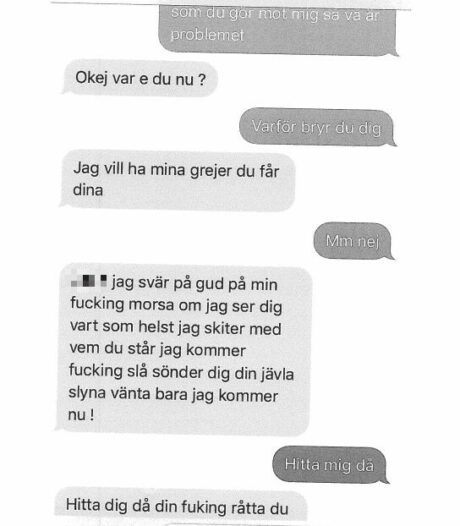 Excerpts from an SMS conversation between Ali and his Swedish ex-girlfriend. Photography: The police.

Some of these crimes also took place right in front of the girl’s 11 year old little syster, and her recorded testimonies were important pieces of evidence in this trial. 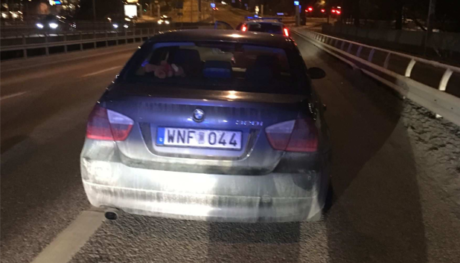 Ali was arrested in a BMW, suspected of crimes against his ex-girlfriend. They found a knife and cocaine packed in bags hidden in a sock, amongst other things. Photography: The police. 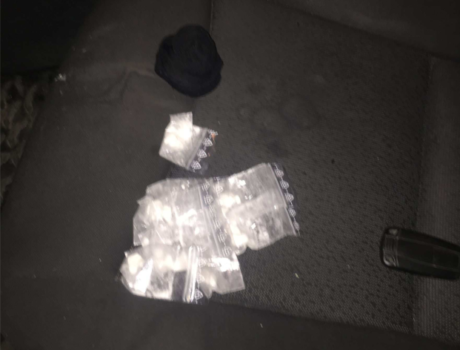 The cocaine was packed in bags inside a sock, and it was most likely going to be sold. Photography: The police.

Under Ali al-Adeli’s mattress in his bedroom the police also found a semi-automatic starting gun including ammunition. But he was acquitted of that particular arms offense in court, since the Crown Court did not think it was ”beyond any reasonable doubt” that the gun really belonged to him. They also found yet another sock with cocaine packed in portions inside Ali’s bedroom. 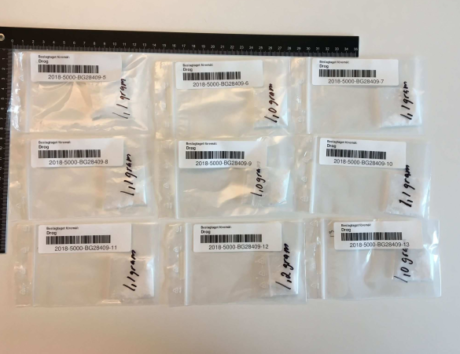 Even more bags of cocaine were found in Ali’s bedroom. Photography: The police. 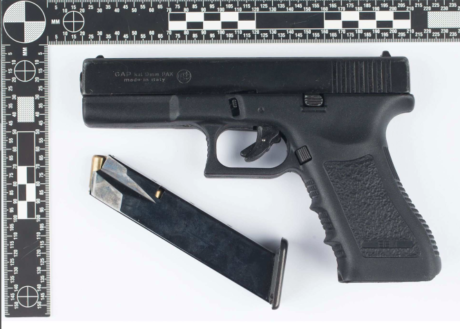 The starting gun found under Ali’s mattress. Ali was however acquitted of the charges concerning an arms offense. Photography: The police.

Armed with a knife at a hospital after a car accident
In June of this year, Ali al-Adeli was handed yet another sentence. He had visited “Karolinska sjukhuset” with injuries the police suspects he had sustained from a car accident. And for unclear reasons he was armed with a knife on that occasion. He was also sentenced to pay a daily fine for this offense. 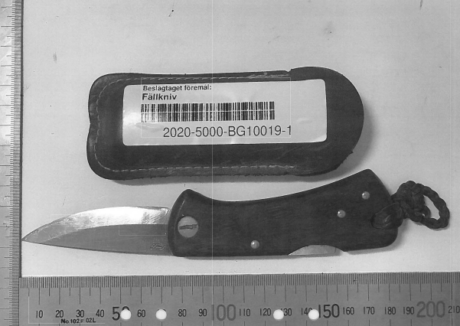 The knife that Ali was armed with while visiting Karolinska sjukhuset earlier this year. Photography: The police.