The rational question–‘Who appointed you? Who gave you the authority to act in this sphere?’ – is one that a Jew does not ask himself.

Better men have been through worse.

This is the true joy in life, the being used for a purpose recognized by yourself as a mighty one; the being thoroughly worn out before you are thrown on the scrap heap; the being a force of Nature instead of a feverish selfish little clod of ailments and grievances complaining that the world does not devote itself to making you happy.

A mistake that most people make is to assume that the more followers you can recruit, the better. That’s true if you are trying to win an election. A vote is a vote regardless of whether the voter is deeply committed or just barely interested enough to get to the polls. But when you’re building a revolutionary movement, the number of people you have is far less important than the quality of your people and the depth of their commitment. Too many lukewarm or otherwise unsuitable people will ruin the movement.

NORDIC FRONTIER. George from the Golden Dawn New York chapter joins us this week for a riveting conversation dealing with Racial Awareness, Self-Hating Europeans and the future in store for us Whites. We also dig into some News bits and Black Pills.

We start off the episode by greeting our dear guest Giorgos Papailias, having everyone settle in their seats and telling you the reasons why we fight. After we’ve warmed up our minds we proceed with the task at hand:

A huge gender gap in the importation of racial strangers:

Green party does 180 and wants detention and ankle trackers for Illegals:

Government doing a quick assessment on the Terror Law Situation:

Race Traitors in Norway wants to hamper our abilities to reach the people:

Clamping down on our right to protest: 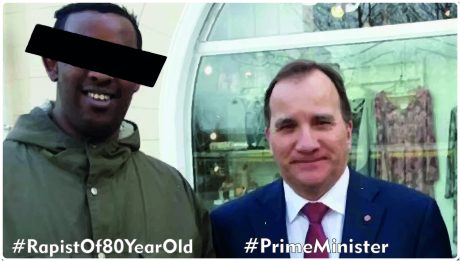 Music on the show:

Support Nordfront Radio:
Can you spare a coin for a National Socialist future?
Bitcoin: 1AJiMVvWvSc7eShqEvHa7mufkNne4CnhQa
Paypal: Donate through Paypal.