The techno-industrial system is exceptionally tough due to its so-called ”democratic” structure and its resulting flexibility. Because dictatorial systems tend to be rigid, social tensions and resistance can be built up in them to the point where they damage and weaken the system and may lead to revolution. But in a ”democratic” system, when social tension and resistance build up dangerously the system backs off enough, it compromises enough, to bring the tensions down to a safe level.

On a long enough time line, the survival rate for everyone drops to zero.

NORDIC FRONTIER. This week we discuss some domestic news and celebrate the release of the notorious activist, Martin Saxlind. In the second segment we present the New Green Party. 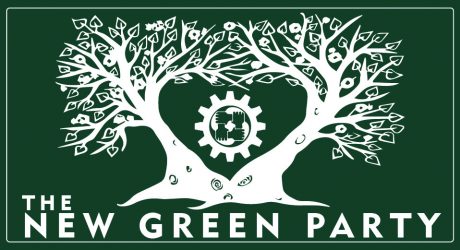 We start off by addressing some comments made on Nordfront about the show, comments that lead to some interesting conversation. We continue on with some domestic news, things happening in the Nordic Nation including a wrap up of the Tim Pool Adventure. Then we move into happenings regarding the movement, the release of political prisoner Martin Saxlind and the harassment of our Norwegian brothers and sisters by the state apparatus. After that we enjoy this week’s black pill.

In the second segment we dig into the party program once again, this time we discuss Point number 6. This point entails our environmental policies and our desire to take back the power from the fake Green Party. We preface the point that our aim is not to tax people for driving cars or guilt tripping people into feeling bad about ”global warming”, we actually want to preserve nature and create a sustainable society while at the same time not shying away from the possibilities of technology.

Andreas rounds the episode up by inviting everyone to march for the peoplehood of the Nordic Nation on the #FirstOfMay in Falun, Sweden

Read along in the Party Program!

Music on the show:

Can you spare a coin for a National Socialist Nordic Nation?

Support Radio Nordfront:
Can you spare a coin for a National Socialist future?
Bitcoin: 1AJiMVvWvSc7eShqEvHa7mufkNne4CnhQa
Paypal: Donate through Paypal.

Listen to the podcast: