A mistake that most people make is to assume that the more followers you can recruit, the better. That’s true if you are trying to win an election. A vote is a vote regardless of whether the voter is deeply committed or just barely interested enough to get to the polls. But when you’re building a revolutionary movement, the number of people you have is far less important than the quality of your people and the depth of their commitment. Too many lukewarm or otherwise unsuitable people will ruin the movement.

There are no truces in cultural warfare. The law of cultural life is either occupy your own cultural territory or have it occupied by alien forces.

Hitler will emerge from the hatred that surrounds him now as one of the most significant figures who ever lived.

Man cannot remake himself without suffering. For he is both the marble and the sculptor.

This week we start off with discussing the poll that we ran a few weeks ago regarding the Anglo vs. Nordic version of the show. We then move on to talking about our time off and midsummer celebrations.

We also salute Donator X for donating 10 000 SEK, that will be used to create delicious propaganda to ensure a future for Nordic babies.

We apologize for the delayed publication, but we hope you #Enjoy it nonetheless. 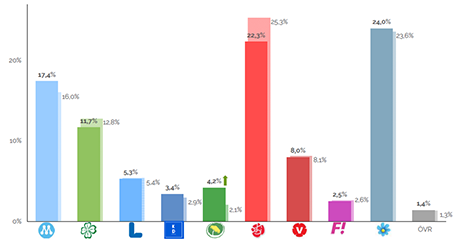 Stefan Löfven visits Poland and tells them to ruin their country with Racial Strangers.

There are no no-go-zones in Sweden. They be Go-Go Zones!

77 000 potential new Swedes, for your pleasure.

Party of the Danes closes up shop.

Our door activity with survival skill training and comradeship.

The latest on the demonstration in Norway.

This is the narrative being pushed.

Listen to ”Nordic Frontier #23: A Glorious Return!” on Spreaker.